The Shortland Islands lie in the extreme north of Solomon Islands, just south and in sight of Bougainville (q.v.) in Papua New Guinea. The largest island is named Shortland (or Alu); others include Ovau, Pirumeri, Magusaiai, Fauro and Ballale. Lieutenant John Shortland named them in 1788. Several early explorers passed near them, such as D'Entrecasteaux in 1792. Ships passing from New South Wales to Asia after 1788 sometimes passed through Bougainville Strait between the Shortlands and Choiseul.

The present inhabitants are descended from people from Mono in the nearby Treasury Islands, who led by Poreesi invaded Shortland (Alu) and Fauro about six or seven generations ago. Some of the inhabitants fled to Buin on the south coast of Bougainville and the Mono invaders intermarried with other local people. There was a strong chiefly system in place and in the second half of the nineteenth century 'Big' Joni Gorai (q.v.) was the dominant chief of Alu, and had one hundred wives, but Bagara from Mono wanted to rule supreme over both island groups and control trade in iron goods with whalers and traders seeking turtle shell, as well as that in the shells needed to make shell valuables. Ceremonial killings to launch new canoes were common and fratricidal warfare became excessive. Gorai made an alliance with local traders such as the McDonald family, who had settled in the Shortlands in 1886, and allowed his daughter Tanutanu Galaga to marry a son of John C. McDonald. When she died in childbirth it caused the McDonalds difficulties. (Allan 1989, pt. 1, 29; Bennett 1987, 37, 60; Oliver 1955)

The Germans claimed the islands in 1886 and they remained within German New Guinea (q.v.) until 1899 when, along with the north of the Solomon Archipelago down as far as Isabel Island, they were transferred to the British Solomon Islands Protectorate. The Catholic Mission on Bougainville opened a base in the Shortlands in 1898 and the Methodist Mission from Roviana Lagoon in New Georgia arrived a few years later. HMS Torch raised the British flag there in 1900. During the years of German control, the largely British-origin planter families (McDonald, Tindal, and Atkinson) dealt financially with the company of Eduard Hernsheim from Rabaul. Burns Philp & Co. (q.v.) took over Hernsheim's mortgages in the Shortlands and in the 1900s gained control of the local plantations and the area's best harbour, Faisai.

The Shortlands men participated little in the indentured labour trade, probably because they could obtain trade goods easily and locally. Only twelve went to Queensland in the 1870s and 1880s (Price with Baker 1976), and there is no record of any going to Fiji. (Siegel 1985) Many did work on local plantations during the twentieth century.

The Protectorate opened a new station at Faisai in 1906 under Resident Magistrate N. S. Heffernan until 1911, William Bell took over for several months in 1911-1912, and several other officers occupied the position before the war. District Medical Officer Dr Nathaniel Crichlow (q.v.) was also based at the Shortlands for many years and used it as a base from which to supervise plantation labour in the Western Solomons. At the beginning of the Second World War, the Shortlands had many plantations: Kamaleai (Laminiai), Harapa, Saeghangmono, Laomona, Taukuna, Kokonai, Kepiai, Lagugu, Lofang, Nila, Alu (Tapokai), Tuial, Bambagiai, Orlofi, Faisi and Parolang, Purupuru and Sivilou all on or contiguous with Stortland (Alu) Island; Balalai, Munia and Nusave between Shortland and Fauro Islands; Piru on Piru Island to the east of Fauro Island; and Sinasoro on Fauro Island. (Bennett 1987, 64, 114, 129; Golden 1993, 350-354)

The Japanese took over the Shortland Islands on 13 March 1942, and set up a seaplane base at Faisi and an airfield on Ballala Island. Faisi became the headquarters for the Japanese 8th Fleet and five thousand men were garrisoned there. The Allies considered invading in August 1943, but chose instead to bypass the Shortlands for Bougainville and the Treasury Islands, and the Japanese controlled the Shortland Islands until war's end. After the war, the Shortlands was re-established as a leading copra producing area. They were part of the Western District, and from 1978 Western Province. 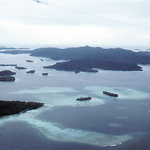 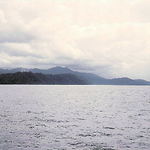 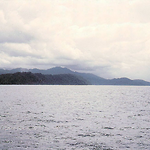