Born in 1809, George Augustus Selwyn was the second son of William and Laetitia Frances Selwyn. From a family of lawyers, he was educated at Ealing and Eton schools, and then from 1927 at St. John's College, Cambridge, from where he graduated in 1831 with a B.A., and an M.A. in 1834. He was ordained a deacon in 1833 and a priest in 1834, and served in a parish at Windsor. In 1839, he married Sarah Richardson, whose father, Sir John, was a judge. Selwyn was consecrated the first Church of England Bishop of New Zealand in 1841. He set up a synodical church government and was a pioneer in encouraging an indigenous ministry. Through an administrative error, Melanesia was included in his diocese (the northern boundary should have been 34° south, not 34° north), but he took his charge seriously and began missionary work in Melanesia in 1848. He travelled as chaplain on HMS Dido out of Auckland, which enabled him to at least visit Melanesia. The next year, Selwyn set out on the 22-ton schooner Undine and sailed as far north as Guadalcanal and Makira, but made no contacts. He brought the first Melanesians to train in New Zealand in 1852, which was the beginning of an offshore 'native agency' policy. The Australasian (later Australian) Board of Missions was formed in 1850 when Selwyn met with the Australian Bishops, who promised to fund his mission. His load was lightened by the appointment John Patteson (q.v.) as the first missionary Bishop of Melanesia in 1861, and when the Melanesian Mission (q.v.) headquarters shifted to Norfolk Island in 1867. After twenty-six years in New Zealand, in 1867 Selwyn left to become Bishop of Lichfield. He died in April 1878. As a result of his forethought and fortitude, including the purchase of lands in New Zealand to endow the Melanesian Mission and the formation of the Melanesian Mission Trust Board to administer it (still extant), the Anglican Church in Melanesia has maintained strong ties with New Zealand. (Fox 1958, 1, 7; 'Solomon Island Sketches', SCL Mar. 1989, 6) 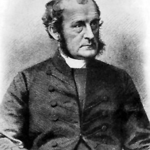