Corporate entry: Community of the Cross

The Anglican sisterhood the Community of the Cross was established in 1927. The sisters came from various backgrounds, some of them (sisters Margaret and Gwen) from the Society of All Saints, Sisters of the Poor, an English sisterhood that worked overseas. Sister Margaret became the Community's Mother Superior. Others had been nurses and teachers who felt a call to mission work and went to the Solomons to serve with the Diocese of Melanesia. They first had to learn Motu and then began teaching and medical work. In 1932, the sisters took a bold step by accepting indigenous women into their Order, following the pattern established by the Melanesian Brotherhood (q.v.). These young Solomon women were known as 'Tana', a local language word for sister. Helen Leishman joined the Diocese as a nurse in 1928, and in 1934 became the fourth Sister of the Cross, taking the name Madeline. Soon after, the sisters left their Siota base and moved to Bunana. They concentrated on helping Solomon Islands women to become active members of the Church and to expand their life skills through literacy, agriculture, handicrafts and basic medical competence.

During the Second World War, sisters Madeline, Gwen and Veronica, along with the Tana, remained behind, while Mother Margaret went to the New Hebrides at the request of Bishop Baddeley to staff a school there. However, as the war worsened the sisters were evacuated to the New Hebrides.

There was always some friction between the sisters; some were of an evangelical and Low Anglican background and had difficulties with the Anglo-Catholicism of the Diocese. After much soul-searching, the sisters decided in 1950 to leave the Anglican Church and join the Catholic Church. They had to withdraw from the Bunana site and were reformed as a temporary Catholic community, Oblates of the Cross, and sent to Tangarare. They faced physical hardships after a flood and a polio epidemic, and some of the sisters began to drift to other Orders. The founding sisters joined a Carmelite community at Longford in Tasmania. (Campbell 2003) 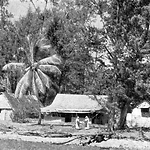 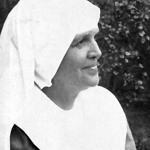