The Rev. George Brown, pioneer missionary in New Guinea and General Secretary of the Methodist Australasian Board of Missions, visited the Western Solomons in 1899 with plans for establishing a Methodist base there. The Resident Commissioner approved and the Anglican Melanesian Mission rather reluctantly supported the Methodist intervention. Brown returned in 1902 when the Methodist Church of Australasia sent its first missionaries to the Solomon Islands, based at the Roviana Lagoon of New Georgia. The missionaries, the reverends John Francis Goldie (q.v.) and Stephen R. Rooney, were accompanied by J. R. Martin (a builder), three Fijian pastors and their wives, two Samoans and their wives, and a New Hebridean and a Solomon Islander, who had both become Methodists in Fiji. The Pacific Islander missionaries went to Norman Wheatley's (q.v.) home at Lambeti in Roviana Lagoon (q.v.) and the European missionaries began at Frank (Francis) Wickham's (q.v.) nearby Hombu Peka Island. The first Methodist church service was held on 25 May 1902. The Mission purchased Nusa Zonga Island, and Brown travelled with Resident Commissioner Woodford (q.v.) to look at other sites in the Solomons, including at Ontong Java. Nusa Zonga proved too small and soon thereafter the Methodists acquired Kokeqolo near Munda, New Georgia, which became their substantial headquarters. Helena Goldie joined her husband at Kokeqolo in 1903, and that year also Rooney returned to Australia to marry and brought his new wife to Nusa Zonga. After an outbreak of dysentery in 1906, which killed the Goldie's young son, it was decided in 1909 to appoint two missionary nursing sisters, and Mabelle Davey and Ida Keyte were posted to Kokeqolo. Neither stayed long but other women filled their positions and by 1930 twenty-two were serving in various Mission posts. (Golden 1993, 41-42)

The Mission spread to other islands in the New Georgia Group, such as to Vella Lavella in 1907, and to Fauro, Mono and Choiseul. An attempt to place a teacher on Ontong Java in 1902 failed (AR 1903-1905, 32), but in 1908 Ernest Shackell and his wife were posted there. Shackell was unpopular and in 1910 Woodford had to remove him. The Methodists reached Choiseul in 1904, using their usual method of sending Fijian pastors first, followed by a European missionary in 1905. In 1912, H. R. Rycroft was appointed to assist Goldie at Kokeqolo and when Ray Rooney left Choiseul that year Rycroft replaced him. By 1913, the Methodists claimed four hundred converts on Choiseul. (Scheffler 1965a, 24), and in 1914 Ethel McMillan was the first missionary sister to be posted there. (Golden 1993, 43)

The Methodists were firmly established on New Georgia by 1914 and began to cast their eyes to large Bougainville just to the north. They succeeded in establishing themselves on Mono, which had close trading and kin alliances with Bougainville. After Australia seized German New Guinea (q.v.) in 1914 and then in 1921 gained the area as a League of Nations Mandated Territory, the Methodists felt secure enough to expand into Bougainville. In 1916, Methodist boundaries were altered to include the German Solomons into the New Georgia district.

Annual collections were made in cash and in kind, and the Mission also began some plantations. In 1922, the responsibility for the Mission was transferred to the Methodist Church of New Zealand. The Mission combined its evangelistic message with general education and industrial training. Goldie, the dynamic, long-serving leader of the Mission, created a strong sphere of influence throughout the Protectorate's Western District. He exploited the existing chiefly system to the Mission's advantage, and educated the sons of the traditional leaders. Several generations of this early-twentieth-century elite have produced permanent leading families. By 1915, the first indigenous teachers were appointed. These teachers were never based in their home villages and relied on the chiefs and Goldie for their power.

The Mission established schools, medical services, churches and copra plantations. School instruction was in both English and the Roviana language, and the latter was adopted for devotional publications. When the Methodists arrived in the Western Solomons in the 1900s they began schools throughout the area and, in 1913, a Training College at Kokeqolo on New Georgia. The Mission's training system was expanded to Mbilua on Vella Lavella and to Sasamungga on Choiseul. A hospital was established at Vella Lavella in the late 1920s and named after Helena Goldie, who left the Solomons in 1921 due to ill health. Her husband joined her in New Zealand in 1929 although he continued to run the Mission until he retired in 1951 at age eighty-one. (Golden 1993, 42-43)

When the Japanese occupied the Western Solomons from early 1942 until 1944, Goldie was stranded outside the Protectorate, unable to return. Most of the Methodist missionaries left, but Rev. Archibald Silvester and Nurse Merle Farland stayed. Rev. Harry Voyce remained as long as he could and then became a chaplain to the armed forces.

When Goldie retired in 1952, Rev. John R. Metcalf (q.v.) assumed the position of Mission Chairman. He was followed in 1959 by Rev. George G. Carter (q.v.), who had to grapple with a major schism in the 1960s when Silas Eto (q.v.), who considered himself Goldie's legitimate successor, formed the Christian Fellowship Church (q.v.). As Honiara grew, the Methodist had to cater for ever-increasing numbers of followers in the capital, and on 12 November 1960 Carter opened a new central Methodist church there (NS 30 Nov. 1960) 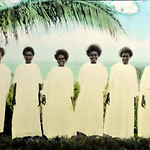 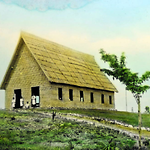 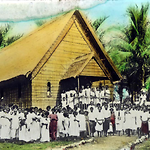 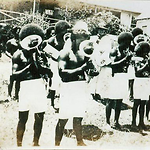 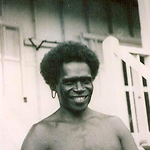 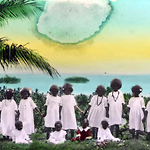