Born in 1830, Robert Codrington was a priest, linguist and scholar of Melanesia. He was educated at Charterhouse (1845-1848) and at Wadham College, Oxford, graduating with a B.A. in 1852 and an M.A. in 1856, and becoming a Fellow there (1855-1893). Ordained a deacon in 1855 and a priest in 1857, he served as curate to Edmund Hobhouse, who became the first Bishop of Nelson in New Zealand. Codrington followed him to New Zealand where he served in several parishes before joining the Melanesian Mission (q.v.) in 1863 at Kohimarama. In 1867, he moved with Bishop Patteson (q.v.) to the new headquarters at Norfolk Island and became Headmaster of the school (1867-1887). Patteson encouraged Codrington to engage in linguistic work. On Patteson's death in 1871, Codrington took over mission voyages and training mission teachers. Although Head of the Mission (1871-1877), Codrington declined the bishopric, largely because he was a poor sailor and could never have coped with the difficult sea voyages. He also loathed island food. Codrington made only five voyages through the islands of Melanesia but stayed for lengthy periods on Mota Island. He was involved in all facets of running the college, and designed the dining hall, taught the harmonium to students, and dealt with the lengthy correspondence for the college.

Codrington retired from the Mission in 1887 and did not return to Melanesia until 1892, when he helped prepare a Mota dictionary. He served as Vicar of Wadhurst in the Diocese of Chichester from 1888 to 1893, a prebendary (administrator) of Chichester Cathedral from 1888 to 1895, and for twenty-five years was a lecturer at Chichester Theological College. Though Codrington was absent from Melanesia, he maintained an extensive correspondence in Mota with his former students. He compiled thirty-five grammars of Melanesian languages, and was author of The Melanesian Languages (1885) and The Melanesians: Studies in Their Anthropology and Folk-lore (1891), considered his most important scholarly achievement. His major contribution to anthropology was his description of mana, a conception of supernatural power or influence shared in many Pacific Islands cultures. Like Patteson, Codrington had a good rapport with his Melanesian students, treating them as equals. Thus his anthropological method placed great emphasis of empathetic listening and accurate recording rather than proving external theories such as those of the social evolution of culture that were popular in his day.

Most of Codrington's linguistic work was carried out on Norfolk Island, with the students, and through the medium of Mota. His greatest contribution to linguistics, working with the English linguist S. H. Ray, was to establish that the Melanesian languages had an integrity of their own and were not simply debased Polynesian languages, a common view at the time. He completed a translation of the Bible into Mota in 1912. Codrington received an honorary doctorate from Oxford University in 1885. Small in stature, he was the most important figure in the Melanesian Mission after Bishop Patteson. He retired from the Mission in 1895 and died on 11 September 1922. (Fox 1958, 219-220; Davidson 2003; Terry Brown, personal communication, 21 Nov. 2011; Codrington 1880-1881, 1888a, 1888b, 1891) 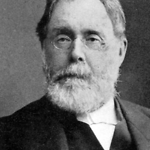