In 1908, Resident Commissioner Charles Woodford reported that although there were no Asians in the Protectorate at that time, during the 1890s and earlier in the 1900s there had been about ten Japanese and Filipinos employed in the Solomons' pearl fishing industry. Single Chinese had also arrived via German New Guinea as cooks and gardeners, although most only stayed for six or twelve months. (Woodford to Im Thurn, 13 Feb. 1908, in Moore 2008c, 67)

More concerted moves to bring Chinese into the territory of the Western Pacific High Commission in 1908 came to nothing. This was due to antagonism from Boers and the British public toward Chinese labourers taken to the mines of the Transvaal between 1904 and 1907, which led to the destruction of the Unionist government in Britain in the 1906 general election. The anti-Chinese ripple flowed through the British Pacific. The new Australian government also expressed an aversion to Asian migrants and did not want any in neighbouring colonies. Australia did its best to ensure that none entered British New Guinea (Australian Papua from 1906). Then, in 1910, the Colonial Office declined to allow Indian labour to be imported into the Solomon Islands and two years later also said no to similar plans to import Javanese. Levers Pacific Plantations Ltd. (q.v.) failed when they advocated the use of Chinese labourers during the 1910s and 1920s. There were exceptions in the Pacific: Chinese worked phosphate deposits on Nauru and Ocean Islands, and New Zealand, short of labour, allowed Chinese immigrants after the 1918 influenza epidemic. (Laracy 1974; Moore 2008, 68-69)

The first Chinese tradesmen seem to have reached the Protectorate in 1910. By 1913 Ah Choi had applied for a land lease on Kokona Island in the Nggela Islands, and in 1914 Kwong Cheong had a trading business at Tulagi, the colonial capital. They probably came south from Rabaul where the Germans had allowed Chinese immigration: in 1914 around a thousand Chinese were living in or near Rabaul.

The Protectorate Chinese community slowly increased: from 55 in 1920, to 90 in 1925, to 164 in 1931 and 193 in 1933. Most stayed only for the duration of their contracts but some used their savings and connections in Rabaul, Hong Kong and Sydney to import trade goods and establish stores. By 1918, there were sixty-seven Chinese in Tulagi, where the Protectorate's largest Chinatown was well established by the 1920s and 1930s, replete with trade stores and restaurants. There was also a branch of the nationalist Ko Min Tang (Kuimintang) Association. Chinese were allowed to set up stores on Isabel, at Gizo and in the Shortlands in the north, and at Auki on Malaita and Aola on Guadalcanal. They also operated ships on trading circuits around the Protectorate. The Chinese replaced the early European traders who prospered in the final decades of the nineteenth century but then had either left or become plantation owners. (Moore 2008c, 68-69)

Chinese numbers dropped to 180 by 1941, probably because the administration attempted to tighten entry requirements in the 1920s and early 1930s. The Hong Kong government issued no passports and they were difficult to obtain in China. The Resident Commissioner had total control over everyone entering the Protectorate without passports, and in 1928 a new regulation levied a bond of not less than £20 on jobless immigrants. Restrictions were made even stricter the next year, but during the early 1930s a new High Commissioner arrived who had previously worked in Hong Kong and had higher regard for Chinese. All restraints on Chinese were lifted in 1933, although they still could not obtain freehold land. The major merchant companies-W. R. Carpenter, Burns Philp and Levers Pacific Plantations-feared competition from Chinese merchants and raised the usual complaints about their corrupting influence on the local people through gambling, alcohol and vice. The British attitude toward the Chinese was made fairly clear during the Second World War (q.v.) when foreign nationals were evacuated but the Chinese were left behind. Some joined the coastwatchers, others managed to take ships to Sydney or Noumea, and the rest hid in villages for the duration of the war. Some Chinese were evacuated to Makira under former District Officer and now coastwatcher Michael Forster. (Moore 2008c, 69; Bennett 1987, 289)

After the war, the Chinese community increased and in the late 1940s, 1950s and 1960s began to integrate into colonial society; they adopted Christianity, established a Chinese-language school, took out British citizenship and deliberately became part of Solomon Islands society. They grew to control much of the Protectorate's retail trade and became dominant in Honiara and the main provincial towns. An early sign of this change to permanent residence status was the establishment of Honiara's Chinese Chung Wah School (q.v.), organized and financed by Chinese residents and officially opened by Acting Resident Commissioner J.D.A. Germond on 15 October 1949 and registered as a school the following August. (SS 30 Aug. 2010) Teaching was in English in the mornings and in Cantonese in the afternoons. The first professional teacher was Fung Shiu Kat from Hong Kong, who arrived in July 1952 through arrangements between the Anglican Melanesia Mission and the Bishop of Hong Kong. The school went from strength to strength and today is one of the major schools in Honiara.

Many Chinese lived and prospered in the districts. In Solomons Safari, Colin Allan mentions Chinese businessmen in many different areas. A Chinatown flourished at Gizo. In the 1950s Chan Yiu had established a trade store and cabinet-making business in Marovo Lagoon. He was also a famous boat builder and his Nellie, a cutter-rigged vessel of about twelve metres was still operating in the 1950s. Yee Poi had a trading business in the Shortland Islands. Chan Cheong was a trader on Vella Lavella. Chan Cheong leased Bagga plantation on Mbava Island from Florence Binskin (q.v.; younger daughter of Norman Wheatley [q.v.]) although she continued to live in the plantation house. Chan Cheong also had trade stores, such as one at Medoru where he employed accountants brought in from Hong Kong. Chinese trading ships such as New Life plied the coasts, buying copra and selling trade goods. In the Western Solomons, James Wang purchased all of the plantations that belonged to R. C. Symes on Isabel and Guadalcanal that he in turn had purchased from W. R. Carpenters. (Allan 1989, pt. 1, 57, 30, 35, 36, 62, 20)

In the early 1950s, about three hundred Chinese lived in the Protectorate, all involved in technical and commercial services. The leader of the Chinese Community in Honiara in the 1950s and up until his return to Hong Kong in 1962 was Chan Chee (q.v.), General Manager of Kwan How Yuan Pty. Ltd., who was fluent in English. He was succeeded by Lai Yuen Wo. In the 1950s and 1960s, many Chinese residents applied for British citizenship. This was easier if they were Christian, and many became Catholics, encouraged by Fathers van Mechlin and Leemans. In October 1961, forty-three Chinese from Chinatown were christened, watched by another sixty Chinese Catholics in the congregation. A formal British Solomon Islands Chinese Association was founded in 1964 and formally inaugurated in November 1965, with Peter Lai as President, James Wang as Chairman, C. K. Ching as Vice-Chairman, Henry Quan and K. H. Ip as Secretaries, and Chow Leong as Treasurer. Stephen Yee, Leong Fat and Paul Sze-tu took responsibility for social and educational activities. The association also had advisors from the wider community: Michael Rapasia, Mariano Kelesi, Father James Wall, Silas Sitai and Dr Gideon Zoloveke (all q.v.). The Association also produced a Chinese News Monthly. (AR 1967, 81; Moore 2008c, 69)

The 1959 census (which was selective, not total) recorded 366 Chinese in the Solomon Islands and another hundred or so residents in the 'Mixed' category, presumably mainly of Asian origin, although there were also a growing number of Solomon Islanders of part-European ancestry. In 1970, there were 577 Chinese and a larger number in the 'Mixed' category. The Chinese numbers sank to 452 in 1976 because some families, worried about their future status and reception, left before independence, and had declined again by the time of the 1986 census, to 342. Honiara's Chinatown of the 1960s and 1970s was the classic two-sided street of wooden red, green and blue trade stores with tin roofs, often with crossed-frame railings around front verandahs. The business was conducted behind counters in the central room and there were living quarters at the back. Gizo's and Auki's Chinatowns were of the same style, and they maintained business links to the Honiara shops. Chinese business houses began to expand into major business operations. The largest Chinese company was Quan Hong Pty. Ltd., which opened a large bêche-de-mer processing factory at Kukum, and the now famous Joy Biscuit factory. They were also importers and exporters, plantation owners, ship owners and general merchants. (NS 31 Mar. 1967, 7 June 1967)

The Chinese Association was formed in 1964 to provide a forum for the Chinese community. They interested themselves in social welfare and gave money to charities, supported the Solomon Islands Community Centre and local charities, and also donated a scholarship for a student to attend King George VI School (q.v.). They also helped the Society for Crippled People of the Solomon Islands. In 1971, the Association's membership was over one hundred. The Association promoted sporting activities such as basketball and table tennis, and by 1974 had become involved in debating race relations and commercial traditions. (AR 1971, 102, AR 1974, 120) 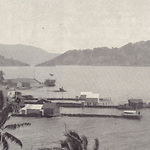 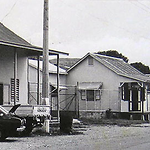 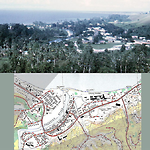 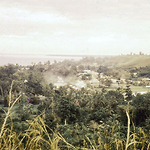 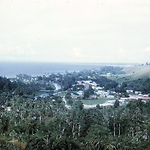 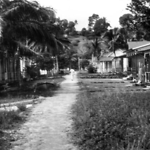 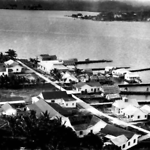 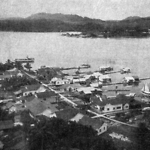