Baddeley Devesi was born on 16 October 1941 at Tasimboko (Tathimboko), Guadalcanal. An Anglican, he attended St. Mary's School, Maravovo (q.v.), Guadalcanal, then All Hallows' School at Pawa (q.v.) on Ugi Island, and King George VI School (q.v.) on Malaita. Next he went to Ardmore College (1962-1964) in Auckland, New Zealand and Claremont Teacher Training College in Perth, Western Australia. He also took part-time courses on New Zealand political and economic history at University of Auckland. He returned home to teach at St. Barnabas' School, Alangaula (q.v.), Ugi and St. Nicholas' School in Honiara as a Grade I teacher (1965-1968). He was also Chairman of the Ugi School Committee. In 1967, Devesi was appointed Assistant Headmaster of St Mary's School at Maravovo. He was also a member of the Diocese of Melanesia's Guadalcanal Education Committee. In 1967, he was elected as the North Guadalcanal member in the Legislative Council (q.v.) or North Guadalcanal and appointed to the Executive Council (q.v.), positions he held until 1968. That year he was appointed as Headmaster at St. Nicholas' School in Honiara. Devesi also represented his schools and colleges in football, swimming and cricket, and in 1966 captained the BSIP Athletic and Sports teams at the 2nd South Pacific Games in Noumea. He was elected secretary to the British Solomons Amateur Athletic Association in 1967. He was a scout leader in 1966.


Devesi married on 29 March 1969 June Barley, daughter of William Barley, a senior sawmill mechanic at Buma, Malaita. Devesi was a lecturer at the British Solomon Islands Training College (q.v.) (1970-1972) and an Assistant Secretary for Social Services, and then in 1972 held the same position for Internal Affairs in the Protectorate Government. He became a senior administrative officer in April 1974 and then District Officer for South Malaita and Clerk to the Malaita Council. Devesi was a member of the Legislative Council (q.v.) from 1967 to 1969 and during this time attended courses in public administration in Suva, Fiji. He was made Permanent Secretary for Works and Public Utilities in 1976 and was Permanent Secretary of the Ministry of Transport and Communication when, in April 1978, he was elected Governor-General (q.v.). At age thirty-six, he was the youngest Governor-General in the Commonwealth when independence arrived on 7 July 1978. He served in that position for ten years and then returned to the National Parliament. Devesi subsequently served as Foreign Minister (1989-1990), Interior Minister (1990-1992) and Deputy Prime Minister (1990-1993, and 1997-2000) until the Ulufa'alu government was removed in a coup d'etat. He died on 16 February 2012. (NS 7 May 1966, 11 Aug. 1966, 7 Sept. 1967, 31 Jan. 1968; Saemala 1979, 27; SND 25 June 1975; Craig and Clement 1980, 45; SS 17 Feb. 2012) 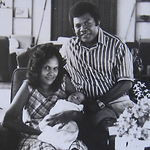 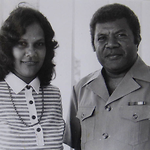 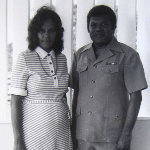 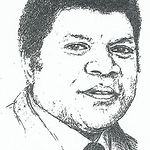 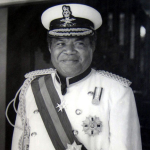