Born on 1 October 1878 in Dorset, England, Anglican Diocese of Melanesia (q.v.) Melanesia Mission (q.v.) priest and author Charles Elliot Fox ('Takibaina', see below) holds the record as the longest-serving expatriate member of any church in the Solomon Islands. Son of Canon John Elliot Fox and Emma L.F. (née Phillips), Charles was educated at Napier Boy's High School and the College of St. John the Evangelist in Auckland. At the University of New Zealand (Auckland College) he earned a B.A. with First Class Honours in Theology and a M.A. degree (1899-1901). As a child he was so frail that he had to be educated at home. He was first inspired by Melanesia when he met a cricket team of Melanesian boys in 1895, and decided that he wanted to work amongst them. After a short period teaching science in New Zealand, he became a member of the Melanesian Mission on Norfolk Island in 1902, and was ordained in 1903. For a short time he was an assistant schoolteacher at St. Barnabas' School on Norfolk Island, where there were 240 boys, 160 of them from the Solomon Islands. He then went to Mota Island in the New Hebrides for a few months before he began his Solomon years as a missionary at Pamua on Makira. In 1905, he was back teaching on Norfolk Island, before returning to Makira in 1908, where he remained for the next ten years. In 1911, he opened the first boarding school in the Solomon Islands, St. Michael's at Pauma (q.v.), for boys from Makira, Ulawa and Malaita. In its early years, the school had to post guards to prevent attacks from marauding bushmen. Fox told stories of seeing warriors behead a woman at the school in the early days and of attempts on his own life. In 1922, he gained a Doctorate in Literature from the University of New Zealand for what later became Threshold of the Pacific (1924), an ethnographic study of the Arosi area of Makira. Also in 1922 the Melanesian Mission's main school on Norfolk was moved to Pawa on Ugi Island and between 1924 and 1932 Fox became Principal of All Hallows' School, Pawa (q.v.), which, until King George VI School (q.v.) was established, was the finest school in the Protectorate. In 1932, he declined the Melanesian bishopric, and became a member of the Melanesian Brotherhood (q.v.) on Guadalcanal (1933-1944), and at Fiu, Malaita (1944-1950). During his time as priest on Makira, he was adopted into the Arosi tribe and exchanged names with one of the young chiefs. He lived as a member of the chief's household and developed a unique knowledge of the Arosi customs, history and language. His exchange name was 'Takibaina'. Because of his short stature he was nicknamed 'Kakamora' (q.v.).

During the war, Fox spent time as a coastwatcher (q.v.) on Malaita before moving to Nggela as a guest of the American Seebee Construction Corps. When Maasina Rule (q.v.) emerged after the war Fox, unlike his Bishop, visited Maasina Rule villages to celebrate the sacraments and extended pastoral care. In 1950, he became Principal of the catechists school, and in 1952 Chaplain at diocesan headquarters, before spending two years (1952-1954) as Chaplain of the Melanesian Brotherhood (q.v.) at the headquarter school at Tabalia. In 1956, Fox was made Canon of Melanesia, and finally (1968-1970) was based at Taroaniara as Chaplain. During his time there he edited the Anglican Church periodical Melanesian Messenger. He retired to New Zealand in February 1973. 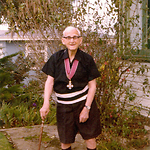 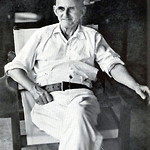